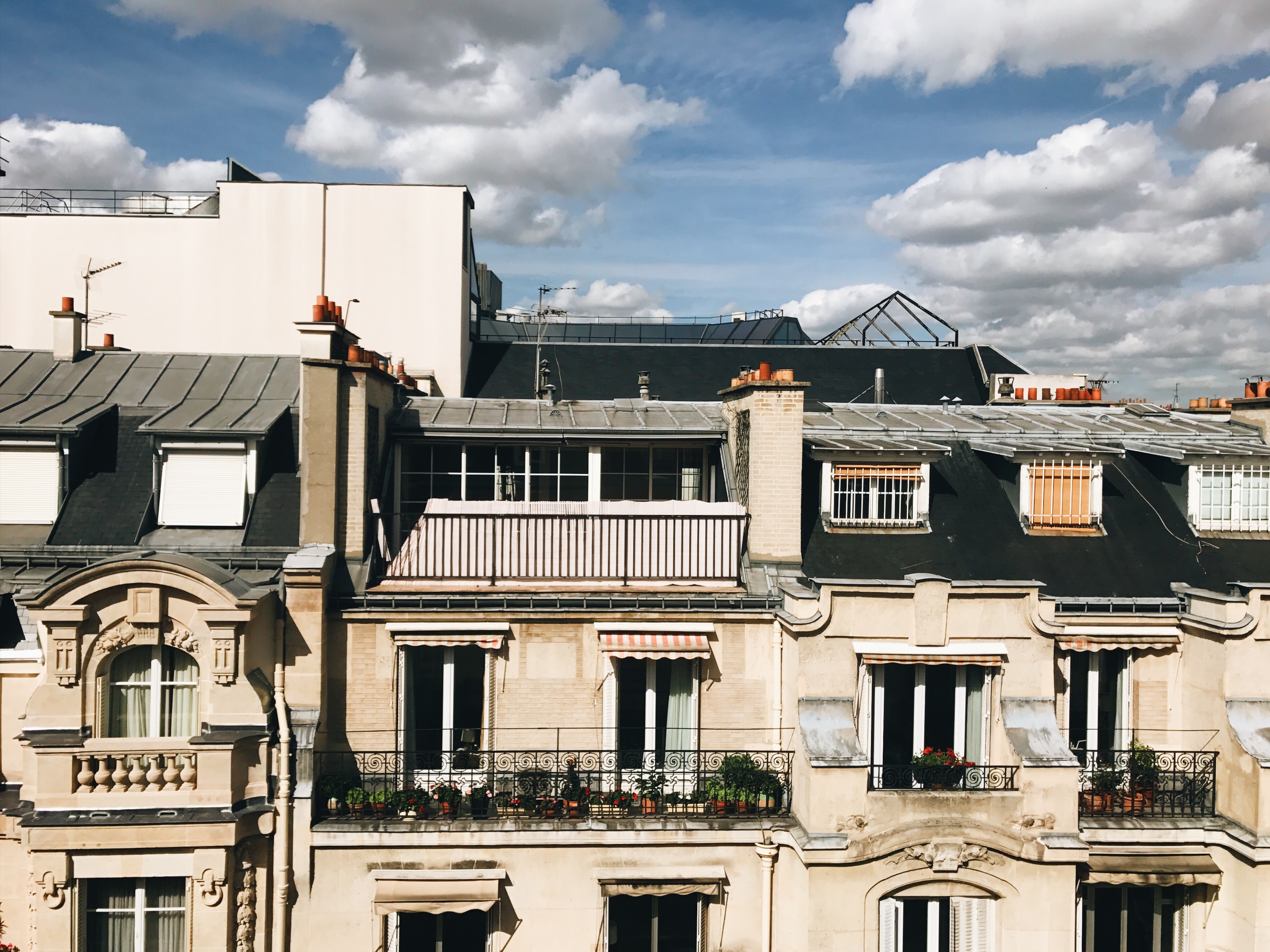 Paris is arguably the most iconic city in the world, home to the Eiffel Tower, Mona Lisa, Notre-Dame Cathedral; it's the city of romance, French kissing, and Moulin Rouge; one of the great fashion capitals, full of supermodels and high-end shopping.
Have you ever seen Sabrina? That movie pretty much summarizes the world's view on Paris: working in a fast-paced city for Vogue, struggling at first and then easily grasping it (following a very glamorous makeover, of course), falling in love and kissing with the Eiffel Tower strategically placed in the background. It's all very misleading...
While Paris may be this dreamy experience for some people, I was not as fortunate.
***
Lina and I went to Paris last summer after studying abroad in London. We extended the trip and made our way to Paris before heading back to the States. We arrived, exhausted and rather homesick; I requested an Uber to take us from the airport to our Airbnb, and it was an ordeal. There was so much traffic at the airport, and we were struggling to communicate with the drivers. A man started talking to us and we thought it might be our Uber driver, but then I got a weird vibe and he appeared to be luring us to his car. Uhh, pass... After finding the right driver, we loaded our luggage and headed towards our temporary home.
We met our Airbnb host at the front door of the building. We chatted for a minute and then I realized he was stalling. He kept asking us questions and fidgeting with the keys in his pocket. We stood outside for what seemed like 15 minutes, waiting for something, or someone. It could have been our lack of sleep, or anxiety from being in a foreign country, or the past two weeks of our diet consisting of only beer and carbs, but some red flags were definitely going off. I kept a firm grip on my phone, just in case.
He finally let Lina and I into the building and we were greeted with an 8-flight spiral staircase leading to our 10x10 room. After about 20 minutes of Lina and I hauling 3 rolling suitcases and a 30-pound backpack up over 100 steps, we were dripping with sweat. Ah, Paris...so glamorous.
We walked into our prison-cell with a maybe sex trafficker and he gave us a brief, self-explanatory tour: there's the couch which is also the bed, there's the kitchen/bathroom that is actually just a sink and mini-fridge next to a shower, the communal toilet is down the hall, the wifi sucks, and make sure you try to avoid hitting your head on the slanted roof (it essentially cut the room in half).
He asked a few more questions, and before Lina had a panic attack from lack of oxygen and space, he left. We quickly grabbed our bags and headed down our 8-flight trek.

Deciding that we were probably getting a little hangry, we walked to a cafe down the street called L'Oree des Champs. Our server was a sweet woman who spoke really good English. I was able to use some of the French I learned in high school and had recently been practicing. I ordered a croque-monseiur and felt relief for the first time since landing in Paris.

We finished up lunch and walked around, finding our way to the Arc de Triumph; it was spectacular. So clear and big, and right in front of me. We used an underground tunnel to get to the arc, which made me feel like I was in Indiana Jones. I didn't even realize there was a tunnel, but it made sense; how else were we supposed to get across a 10-lane roundabout busting with aggressive European drivers?
After visiting the Arc, I'm sure you can guess where we headed next...
The walk from the Arc to the Eiffel Tower was about 25 minutes, but the weather was nice and it was a beautiful day. We passed several inviting museums and gorgeous buildings along the Seine. When we arrived at our destination, we just sat, and stared, and took it all in. I've seen it countless times in movies and posters, but experiencing this scene in person, where I could really appreciate it, was so rewarding. I was in awe, and it was even more special because I got to share the experience with Lina.

On our last day in Paris, we explored the overwhelmingly large Louvre museum. The glass-pyramid top is stunning, and underground museum is unlike any other. It's full of so many staircases and exhibits. We got lost multiple times, even with a map, but it was okay because we discovered extraordinary art. At one point, we were trying to find our way to the main lobby area, and we looked up to see Venus de Milo; so casual. Of course we made our way to Mona Lisa, and yes, it was rather underwhelming, but still necessary to see. We could've spent all day looking at different exhibits. They say that if you were to look at each piece of art for 30 seconds, it would take 100 days to see everything. Admission is €15, but there are days with discounted, and sometimes free, rates, so do some research beforehand to save some money!

On our last night in Paris, Lina and I decided to enjoy a very French meal under the Eiffel Tower. We walked through narrow, quiet streets, actively looking for any signs of trouble, because, as a girl, you can never be too cautious. We stopped at a food truck and I ordered a ham and Swiss baguette, as well as a Nutella and banana crêpe. We walked the bridge over the Seine to get to the Eiffel Tower. We were stopped numerous times by sellers trying to get us to buy their cheap souvenirs. We had no interest, but the men were very persistent. Eventually, we adopted  the Victoria Beckham attitude of not smiling and disregarding everyone. She does it for fashion and because she's in a league of her own, while we did it to simply avoid further harassment.

We made it to the poorly lit park with our Parisian dinner and took a seat on an empty bench. My eyes were still adjusting to the darkness when I detected movement on the ground in front of me. I realized we were surrounded by RATS. There were so many. They weren't coming up to us, but they were constantly scurrying by. I was initially horrified, then I thought about Ratatouille, then I was horrified again. How had I never heard about the rats before?? In the midst of my anxiety levels rising and my mind trying to comprehend these tiny creatures, the park was suddenly illuminated! I look up to see the Eiffel Tower twinkling with lights from top to bottom. For five minutes each hour, the monument sparkles for all of Paris to see. It was absolutely stunning. Worth the rats, worth the harassment, worth the stress. Pictures could never do it justice.

Although Paris is an expensive and often sketchy city, it's full of SO MUCH beauty and history. Everywhere you turn, there's gorgeous architecture, iconic landmarks, and food vendors with the tastiest treats.  It might be a one-time visit for me, but it was definitely a trip to remember.
10 Must-Have Travel Apps
Movies that Inspire Travel and Adventure – PART 1