Why Everyone Should Study Abroad 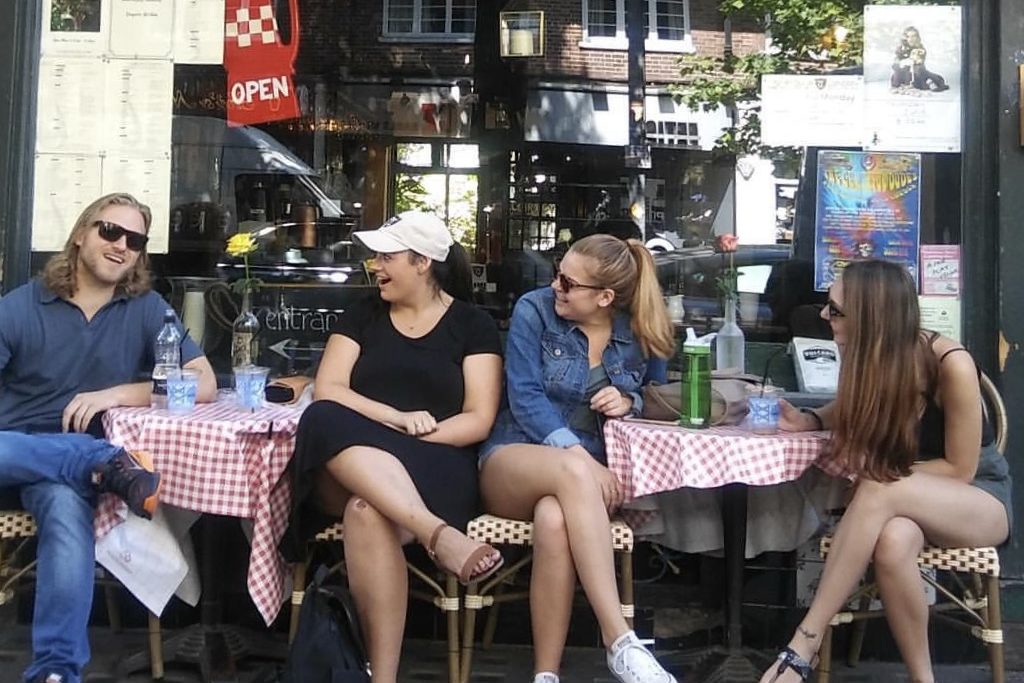 At some point, most kids go to camp. Camp is cool because you get to make a lot of new friends, play games, no parents, and it's like having a big sleepover every night. Camp is a very liberating adolescent experience.

So there I was, middle of the fall semester my senior year. I had fallen a little behind in my schoolwork, so I was taking extra courses to finish my degree within the expected four years. Already stressing about the upcoming semester, I had accepted my fate of another heavy course load because it meant finishing school sooner rather than later.

I had given up hope on the possibility of studying abroad. Most of the programs were for business and finance majors, a couple for nursing. It made sense. What would be the purpose of a group of English majors studying in a foreign country?

Out of nowhere, I received an email from a professor in the English department. He was leading a creative writing study in London the following summer. London---that’s it; the only other place that makes sense to study English.

The following week, I, along with several other students, met with the professor and he laid out his general plan: workshops, tours, tea, Stonehenge, Big Ben, walking the same streets as WB Yeats and Virginia Woolf. And I get credit for it? I was sold.

I was nervous, however, that I wouldn't bond with the other students, that I wouldn't be as creative as everyone else, that I wouldn’t enjoy myself because I would be so far outside my comfort zone. I pushed past my anxieties though, told myself this was exactly what I wanted, and applied. Long story short, I was waitlisted for the program. The day before the final roster was submitted, I received an email from the professor saying someone dropped out, and he offered me the last spot. It was meant to be!

The program was a little costly, but I picked up a few extra shifts at work, renewed my passport, and booked my plane ticket, because no way was I going to miss out on this opportunity.

One of my sorority sisters also landed a spot on the trip. We met up with another girl in the program neither of us had previously met. By the time we landed in Heathrow Airport, the three of us were best friends. Our luggage got lost, so over the next couple days, we shared makeup, hair brushes, deodorant, etc. I realized I was sharing my personal items with strangers, but I didn't care.

This is one of the best parts of studying abroad: accelerated friendships. At some point, you realize that everyone around you is in the same situation as you and you let your guard down, become vulnerable, and create unbreakable bonds.

"But I've only known this person for a few hours!"

Doesn't matter. You share all these notable experiences and talk about life and grow together. You're confined in a way that you're forced to become friends, but not so confined that you feel obligated. At camp, you don't have any control over who goes, so you have to interact with people you may not have particularly chosen. For some reason, the proximity of so many different personalities and pasts and people find a balance and it just works. Kind of like the mere exposure effect.

By day three, creative workshops, museum visits, and drunken conversations had brought all sixteen of us (including our professor) together. I realized I was on the trip of a lifetime when a group of us were walking home from a pub one night. I was surrounded by all these extraordinary people; some of the most creative, driven, supportive people, and I found myself falling in love with them.

We drank a few too many pints and found our way back to the front yard of the university, giving each other piggy-back rides along the way. We laid down on the wet grass, propping up our heads on each other. We laughed, sang, danced, and played games. It was a moment of pure bliss, of timeless nostalgia, of genuine humanity. We all found comfort in each other, little traces of home and support in this foreign country. I felt safe with these strangers-turned-friends.

We continued bonding over the days that followed. We lived together, worked together, and ate together, for nine days. Seeing an original Monet, walking through Shakespeare's Globe Theater, crossing Abbey Road, witnessing the mysterious beauty of Stonehenge and so many other events had me so emotionally immersed on this trip. These were once-in-a-lifetime experiences, and I shared them with people I truly care for.

Our professor organized an evening at the Troubadour for everyone to read something. Past performers of this historic coffee shop include Elton John, Jimi Hendrix, and Bob Dylan. The nights leading up to this were filled with impromptu workshops; we brainstormed, read rough drafts, and gave honest feedback. When it was time for me to read my piece, I stood up, expecting to have wobbly legs and trembling hands,  but I wasn't scared or nervous. I looked out at all my new friends, knowing I had their full support, and proudly read my poem. It was one of the most gratifying moments of my life.

On our last night in London, we had a family dinner over shared glasses of wine. We reflected on our time together. I was sad it was over, but so incredibly thankful for everything I had gained. The trip was an indescribable experience.

An angel on the trip said it best, and to paraphrase:

We have many different soul mates throughout our life; some for years, some for days. But they imprint on us and become a part of who we are. Each person on the trip is my soul mate in some capacity, and I will forever appreciate the memories and experiences we shared.

I learned that study abroad trips aren't just about school. It's actually not even mostly about school. It's about meeting people, learning about yourself, and sharing life-changing experiences with others. If given the opportunity, take it. Travel. Explore. Learn. You won't have any regrets, and instead will return home with an abundance of memories and a sense of fulfillment. 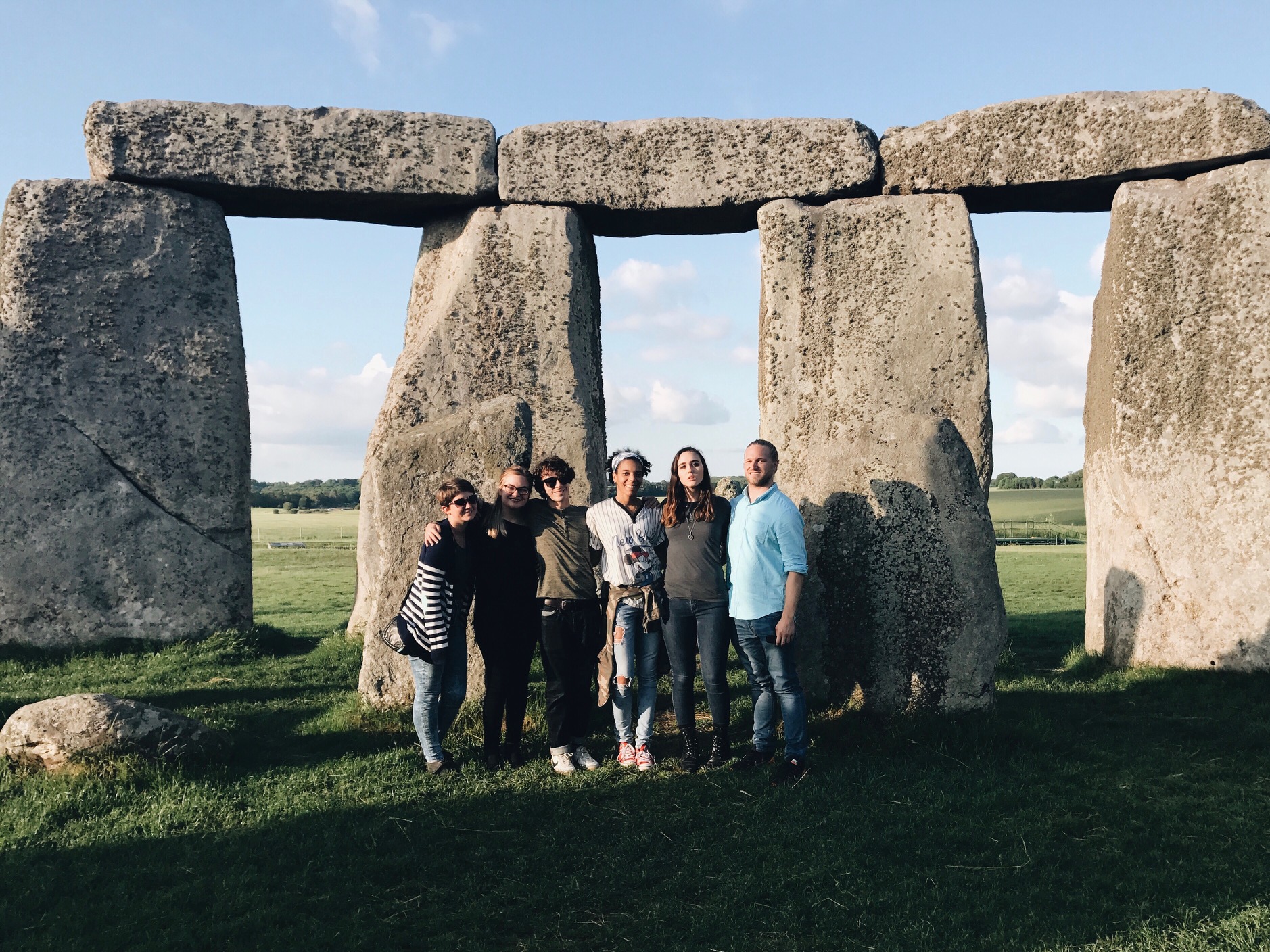 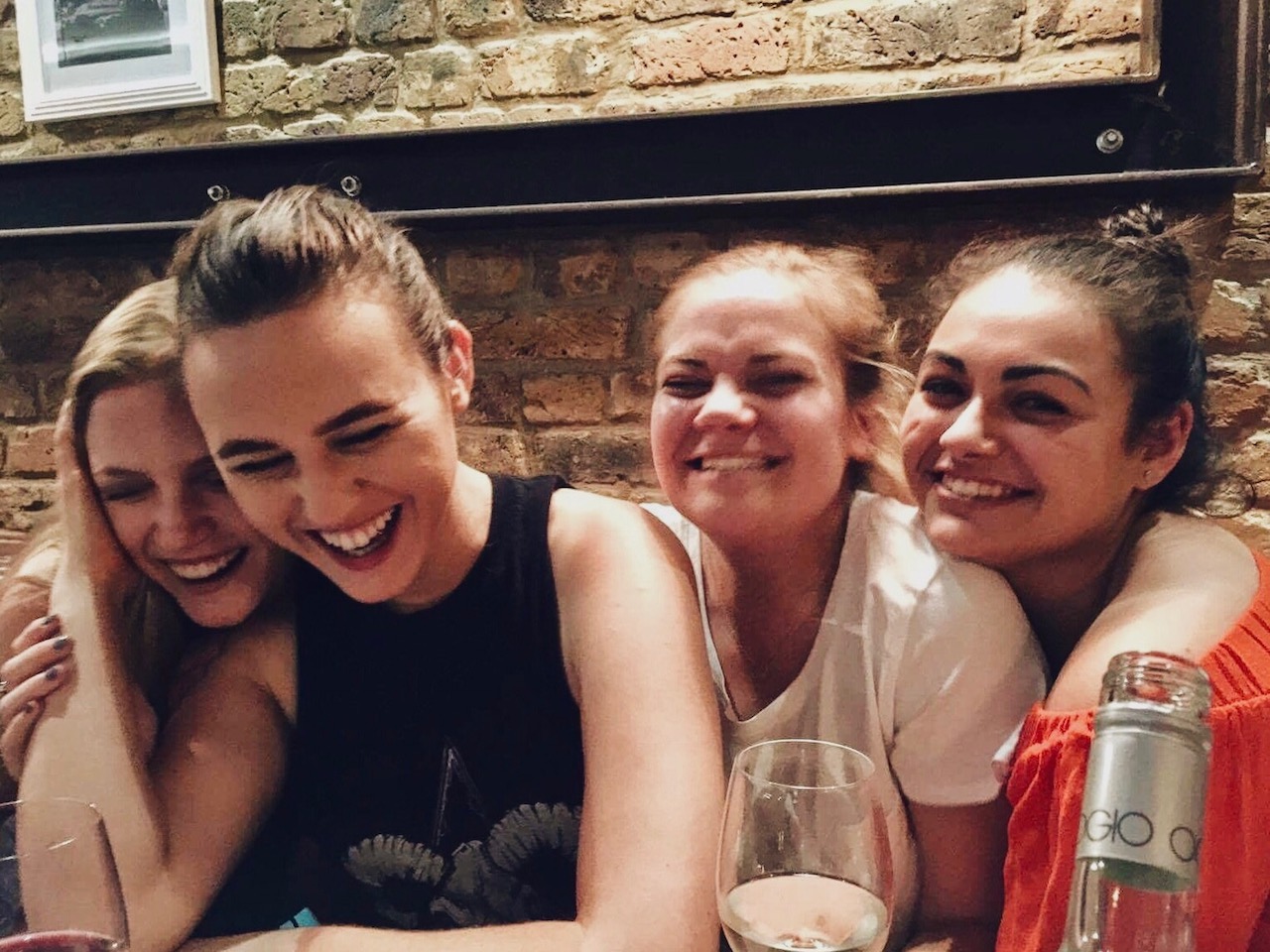 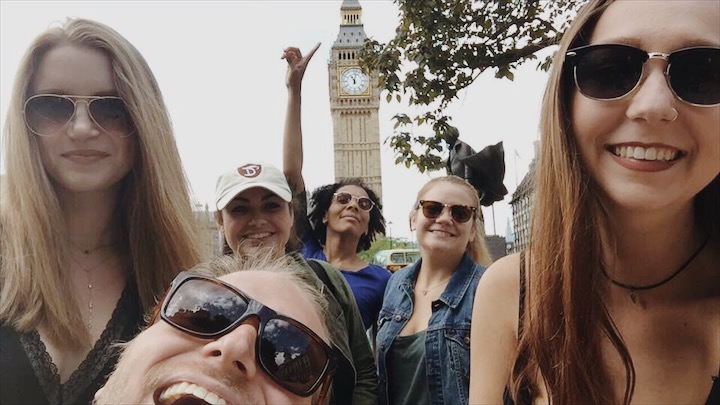 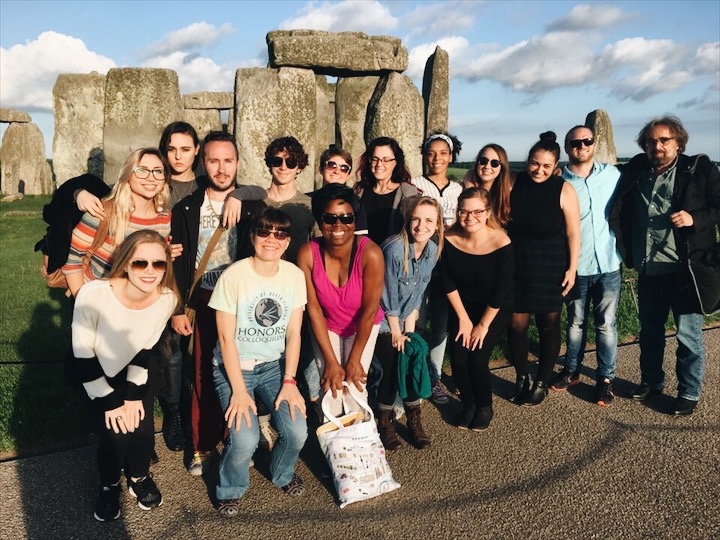 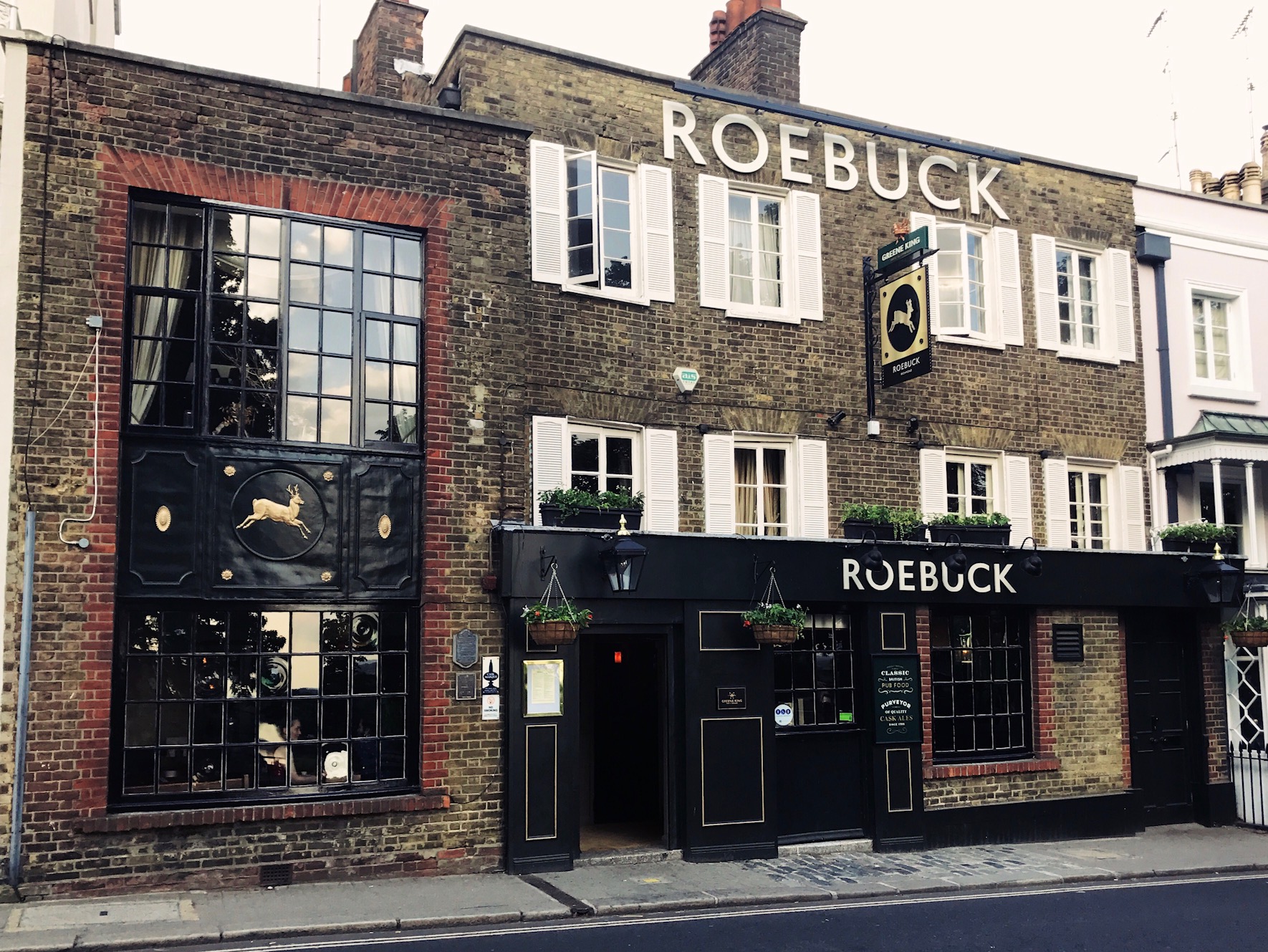 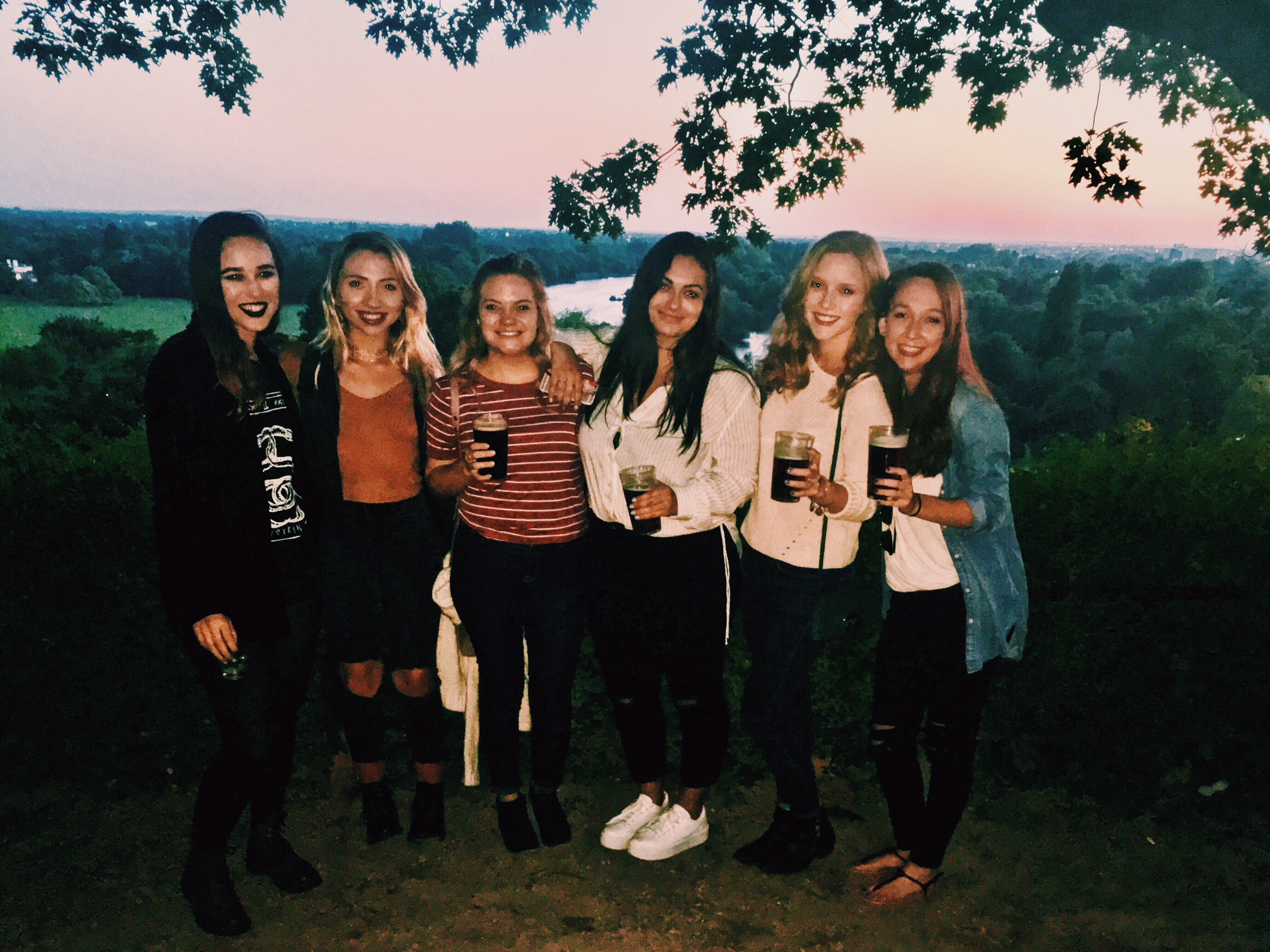 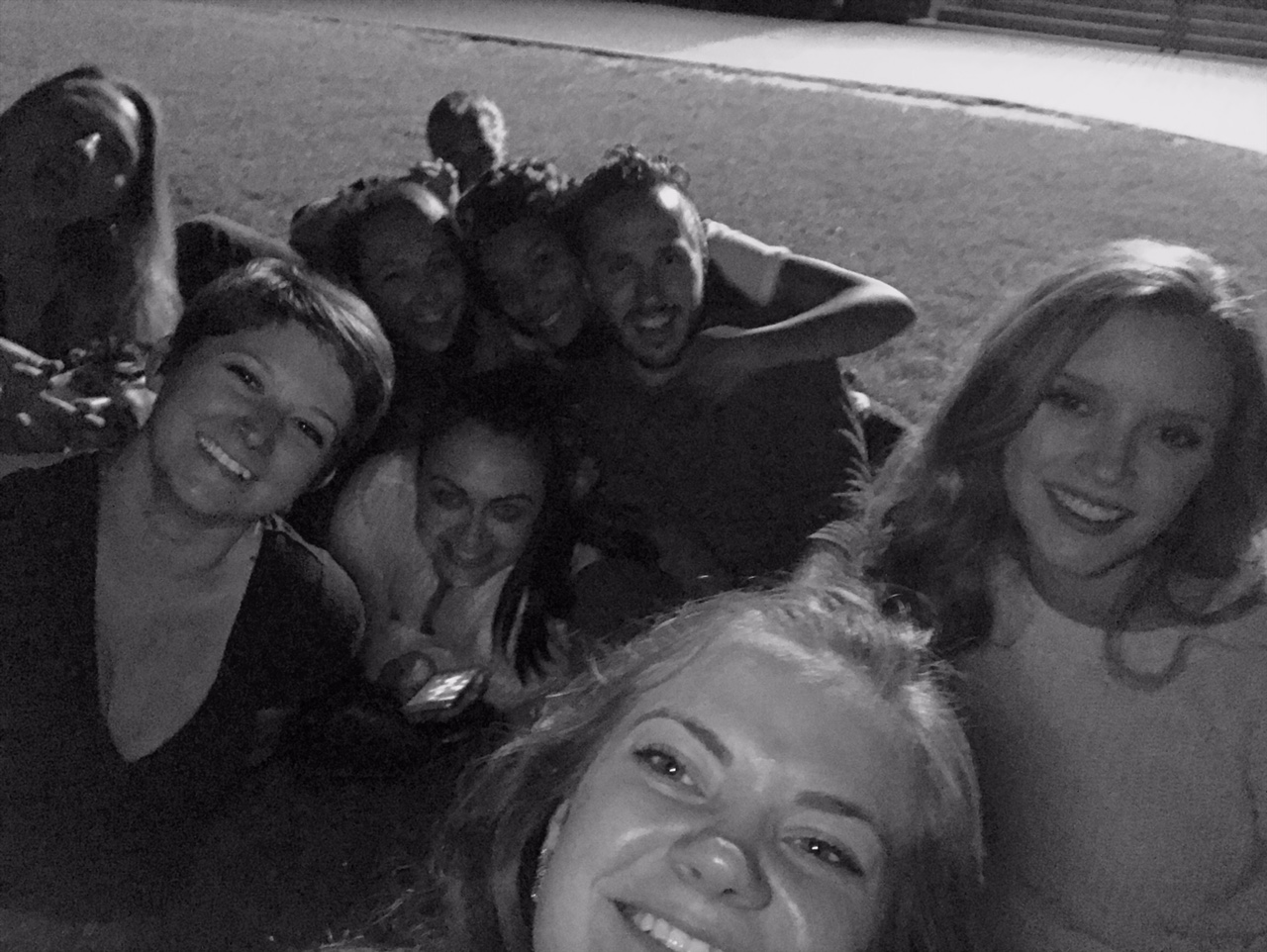 1 thought on “Why Everyone Should Study Abroad”